As many of you know I have been fighting an illness, as well as some rough times moving states.  I just wanted to say thank you to everyone that has helped us when we needed it.  Below is a picture of me before my illness (on the right); and afterward (on the left, just before I was admitted to the ICU for DKA).  Respective weights in pounds 189/318. There has been a lot I have learned from dealing with both diabetes and gasteroperesis.  Anyone dealing with gasteroperesis should take a look at http://livingwithgastroparesis.com/. 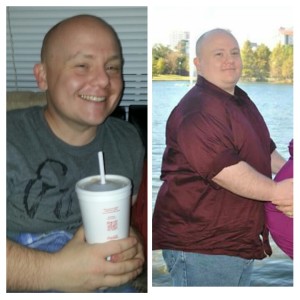