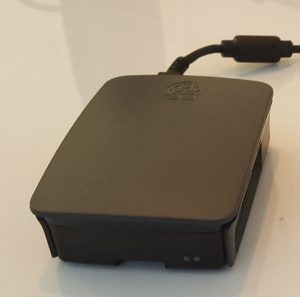 I have been quietly working on the installer and image.  However, there have been 2 OS updates since I started.  So I am refreshing all of my images with Raspbian Stretch.  I will be making it available soon.

The new Image will be based on Raspbian Lite as mentioned above, and will have the basic dependencies met.  It will also have newer versions of all the software pre-compiled to save you the hours of time it can take.

I am working on software to auto-configure most audio devices.  This is something I hope to include soon.  Please keep an eye out for the new links.

Thank you to TJUMP7 for the 4gb Card!  Small Image coming soon!  Keep an eye out for that and the installer….

[UPDATE] 01/24/2018 – After being out for a while for personal reasons, I am glad to say I am back. I will be working on the updates/releases soon.

Just another thing that I helping with lately.  If anyone need help with a new idea for a Raspberry PI, or IoT device message me.  I have been  through several POC’s (proof of concepts).

Keep in mind, if you are working on a new product; or sensitive information I keep all client info secret, and have no issues with an NDA.

Happy to just answer questions; or see what I can do to help.  Just contact me.

This is kept under the Linux Learning Project and Learning Resources section of the site, and is updated occasionally with new links.  Feel free to suggest one by contacting me directly.

If you are trying to do any of these, and running into issues please contact me.  I am now open to consulting directly.  Fixing even a few small inefficiencies can have a huge impact on the bottom line.  Not only that, if the DevOps philosophies are really taken up, its likely that the employee base will also be happier, and proud of their accomplishments as a team.

As far as technologies I support, please take a look at my Technologies page.  (Updated often)  I am also happy to take on new ones for a project if needed.

Creating an efficient pipeline is what I do; and a fully functional system that is working well can be an amazing thing.

I have made it…. the move is complete!   I just wanted to say thank you for everyone that has been waiting on me.  I know I have taken a while on a few things, and I am finally in a position to run with everything again.  I finally have a decent internet connection [330mbps/330mbps]; so I will also be able to host things at high speed for us now as well.

As far as the installer goes, I hope to be done very soon with it ;  I am putting my final touches on it for the Pixel desktop.  If I get time I might be able to get Bluetooth working!  However, I have to get caught up first.

For those waiting on hardware, most has been shipped with a few exceptions.  I have notified those people.  I have a true ‘shop’ area again, and this will allow me to be much more efficient.  Meaning shorter wait times/etc…

First, I would like to say thank you to the community members for helping out. I have gotten a lot of input on the new image.  This has also given me better feel for what the community wanted in an image. Which leads me to the next bit of news.

Some of you are undoubtedly wondering why I have not released my Jasper v1.6 image as of yet.  Well, I can assure you there are very good reasons.

Firstly,  I have had some severe family/health issues come up as of late which take priority.  I am also in the middle of moving a family of 5.  Combine that with the other reasons below, and I feel that most will feel the wait to be worth it.

This leads me to the next bit of news, however shocking it may be.

These were for the community, and I have enjoyed designing and building these kits.  However, I am at a point now, where I do not have the time to properly maintain and build and ship them.  This is not necessarily a permanent decision, I may bring them back in the future given I have the time.

That being said, I do have a few left.  If you are interested please let me know now.  I will get an exact count soon, and update it here.  Once they are gone, I will not be building more.

With all that being said, I am still here to help with questions.  I am also still developing what I hope is a better user experience with my images.  (Version 1.6 out soon!)

If you have any questions; or would like one of the last kits, I would suggest speaking up now.  Not that I will disappear, but I will be unable to spend the time on them for a while starting soon.

I also wanted to say thank you again to the community members that are helping each other, and the new guys.  I do notice, and it is appreciated.

First, I want to thank everyone that has been patient with me so far in getting these things done one at a time…

I know it is not easy to get some of these things completed without good documentation.  So, with the help of a few community members, I have started what is a very rough draft of our documentation.  It is neither complete, or ready….  However, we are adding information as we go, so keep a close eye.  Even feel free to clone it, and contribute.  There will be documentation on how to do both of those coming as well.  Feel free to watch here, the repository, or the Support Forums/Slack for updates.  I update them all.

If you have items you would like to see added to the documentation, I would run it by myself, or d34dman first.  If we have not already written it (there are some not committed yet); then we will just let you know to put in a PR (aka Pull Request).  Once we have both reviewed it and give it a thumbs up.  We will merge it.

Alright, all that said… Here is the link to the documentation!

NOTE:  Be sure to do a “git pull” in the “Jasper-RPI-Tools” directory to get the updated scripts.